Beth Patella has been performing, writing and singing for over fifteen years. Inspired and influenced by her parents’ taste in music, she grew up on show tunes and later studied classical singing in college, which she continues to study today.

Ten years ago, Beth avidly wrote and performed her own folk/rock songs throughout Connecticut and New York, receiving very high praise from her audiences. Very tragically, her drummer, who was the love of her life, committed suicide. Devastated and heartbroken, Beth disappeared from the songwriting scene for nearly seven years. The tragedy overwhelmed her, and she literally lost her singing voice and the ability to sing her own songs.

Eventually she branched out from the songwriting world, and Beth became passionately involved in performing American Jazz/Blues standards. Her jazz trio is still actively performing those classic standards to adoring audiences on the east coast. In addition, Beth also serves as the lead vocalist in the highly acclaimed and premiere jazz ensemble at St. Paul and St. James Church in New Haven, CT.

Beth’s love for performing and collaborating with other musicians was the driving force that led her to bring her own talent as a singer/songwriter back to the forefront of her performance life. She decided to give her passion for songwriting a second chance. So, within the past two years, Beth has been performing on the east coast and working on her debut solo album, titled “Coming Home.”

“Coming Home,” was released on April 6th, 2013 and is already receiving high praise from current and new listeners alike. The album has been featured on several radio stations, including, WPKN on the Connecticut Rocks program with host, Bob D’Aprile. This past summer, Beth was chosen to be the featured artist at Connecticut’s Milford Oyster Festival and opened for Blues Traveler on the Main Stage! The event was a huge success with John Popper personally endorsing Beth and her music.

Between Beth’s soaring voice, warm melodies, singable songs, and musical versatility, it has not taken long for her singer/songwriter career to gain momentum! Beth’s ability to perform a lyrical, lucid song and then rock out on a blues number demonstrates Beth’s talent – and has earned her much acclaim from among her fans. Beth’s original music varies stylistically with folk, country, rock, blues and gospel all influencing her soulful songs. Beth is loving the experience of her second chance, and the joy of moving forward in her songwriting career. 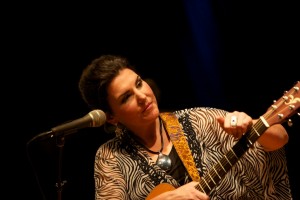 This past November 2014, Beth successfully exceeded her $5,000 Kickstarter Goal for her Second Album! Currently, Beth is working in the studio, collaborating with talented musicians and arrangers to release her second, full-length album, which will be released in Fall of 2015!

The Center is a unique blend of creative, beneficial and enjoyable programs that were developed by educational and recreational professionals with the key intention of directing careful attention to the developmental, educational and personal needs of children through adults. It is located in Woodbridge, Connecticut.